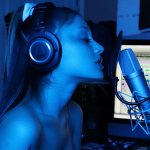 A.N.T. Farm is so far my favorite Disney Channel show I love it

I WATCH A.N.T. FARM FOR COMDEY NOT THE PAIRINGS!. Though I will be happy if Folive or Flyna happens. BUT OTHER THEN THAT, I WATCH IT FOR COMDEY

I can edit out add infomation like SPAM, or add new infomation after a episode.

Please vote for me as user of the month!

I don't like people that just add info and pictures that are already there, just to get points,. I say that if you go up to the top of the leadership bored, you need to add pictures or info that is not there.

My fav to least fav episodes and why

America Needs TalANT- All the characters are so funny, espically Gibson & Chyna.

MutANT Farm- It's just so hilarious and I feel like it's and orginal episode.

StudANT Council- Olive is hilarious in this episode, I just love the scene after the party before Olive and Angus get into the ANT Farm.

PhilANThropy- A Gibson episode, I this episode is hilarious, and I'm glad that Gibson kept his job.

IgnorANTS is Bliss- I don't like the fact that part of it, Olive lied about happing memory loss, but a funny episode.

SANTa's little helpers- It had it's funny moments, I didn't like it that much, but I do love Darryl's subplot

Bad RomANTS- I love how Fletcher tries to be Chyna's girlfriend in this episode and plus, another Gibson Episode and I just love Wacky at the end.

The PhANTom Locker-Olive is so funny and also Fletcher is funny in this episode.

CANTonese Style Cuisine- It's Ok, not the best episode, but ok. Angus was hilarious with the food.

Slumber Party ANTics- Lexi's cruel side returns, not inviting Chyna & Olive, but all the other girl ANTs, Despite that, it was a funny episode.

SciANTS Fair- I don't like the end nor the sideplot.

TransplANTed- I just don't like the episode. I did until The PhANTom locker came

ManagemANT- I don't know why I hate this episode.

ParticiANTs- Lexi is so cruel justing adding Chyna to the squad and making her to have a bad chance of making it into the musical so she can't audtion. Although Gibson is hilrious.

Retrieved from "https://antfarm.fandom.com/wiki/User:ValentineMorgenstern342?oldid=86490"
Community content is available under CC-BY-SA unless otherwise noted.