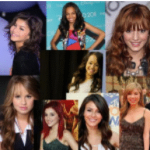 Hi, my name is Seddie4eva, and I’m an admin on this wiki! J I’ve known about A.N.T. Farm since the winter of 2011. I immediately joined the wiki, and here I am! When I first discovered this site, the wallpaper was brown, and orange, and there weren’t that many photos, or information up. I think that I was only drawn to the site because of China Anne McClain, who has become one of my role models. But this site looks absolutely clean and amazing now! I love the show, of course, and I am neutral shipper, meaning I like Flyna, Cholive, and Folive, all the same. What I really hope to see on A.N.T. Farm is when the ANTs become teens, which won’t happen until they are seniors. But for now I can’t wait until the second season!

Remember to leave me a message on my talk page!

Chyna is a really funny character. She is also very clever, and I admire how she can play so many instruments! She isn’t a really cold-hearted person, and can easily feel sympathetic for other characters, even Lexi. But she still shouldn’t be messed with! She knows how to get revenge! Chyna is my favorite character!

Olive is exceedingly intelligent, and funny because of it. But she can also be a little odd, since she memorizes ingredient labels on yogurt cups and citations in textbooks. But Olive is a very lovable character!

Fletcher is incredibly charming! He really likes Chyna, and has a bold way of showing it! He’s very artsy, and will stand up for what he believes in.

Lexi wants to be the only star of the school and doesn’t want to share her spotlight with anyone. She’s pretty, but she needs to realize that outside of high school, there will always be someone who will snatch the spotlight from her grasp.

Cameron is a cool guy, who is still trying to figure out who he is and his special talent. He thinks he’s is meant to be famous, but I don’t really believe that he has the full potential to be that. Maybe he should be a film director. After all, he did make Bananatar!

I ship anything with China/Chyna!

I can't get this song out of my head!

#2: Calling All The Monsters

I still play this song, even though Halloween is way over!

I like the "Du-du-du"s in the song. Really catchy!

Beautiful is a beautiful song, LOL! I love how China sings it!

I love to sing this song! It’s just amazing how China sings it, because I’m constantly trying to belt out the lyrics the same way she does!

Retrieved from "https://antfarm.fandom.com/wiki/User:Seddie4eva?oldid=103133"
Community content is available under CC-BY-SA unless otherwise noted.