"confinemANT" is the tenth episode in Season 2 of A.N.T. Farm. It aired first aired on Disney Channel in the United States on August 24, 2012.

Chyna, Fletcher and Olive become convinced Principal Skidmore is going to cut funding for the art and music programs because of some papers Olive saw Principal Skidmore drop when she crashed her bike into her. Meanwhile, Lexi takes over the morning announcements, which used to be Cameron's thing. Chyna, Fletcher, Olive, and Angus then get locked in the A.N.T. Farm because Skidmore does not want them to know how old she is because in the papers she dropped was a copy of her birth certificate. They then have to stop the school board from cutting art and music because it was their fault. When Chyna performs a song that the school board enjoys, they cut art and music anyway.  However, Skidmore gets the head of the board to vote the rule after she reveals to him that he has an embarrassing picture of him washing his car topless and wearing hot pants.

Meanwhile, Lexi discovers that Cameron does the school morning announcements when no-one pays attention to her. So, she steals the limelight without giving Cameron a chance to get his attention. When Cameron gets upset and says that Lexi is unbelievable because of what she did and that she took away the attention he deserves, Lexi finally gives Cameron his chance to shine but he gets injured in the process. 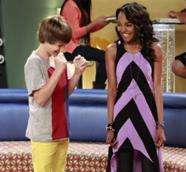 Retrieved from "https://antfarm.fandom.com/wiki/ConfinemANT?oldid=196476"
Community content is available under CC-BY-SA unless otherwise noted.